Office of the Speaker apologises for breach of IDP protocol

The Speaker of Council in the City of Joburg, Cllr Nonceba Molwele, has expressed regret following the unauthorised publication of the Integrated Development Plan (IDP) processes on the City’s website, which has since caused panic.

Cllr Molwele was made aware of the incident on 1 April 2020 and took the matter up with the City Manager and Accounting Officer, Dr Ndivhoniswani Lukhwareni, who had no idea who issued the instruction.

In another unfortunate turn of events, an unapproved IDP consultation process was sent to residents with their utility bills. Cllr Molwele has instructed Dr Lukhwareni to compile a report on how these mishaps happened.

The Office of the Speaker would like to reiterate that Council sittings have been halted as per the notice issued to councillors on 30 March 2020 and IDP consultations process are also suspended, which is in compliance with the regulation gazetted by the Minister of Cooperative Governance and Traditional Affairs, Dr Nkosazana Dlamini-Zuma, on the Covid-19 pandemic.

Accordingly, Cllr Molwele issued a notice alerting councillors that the Council meeting scheduled from 31 March to 1 April 2020 is canceled. The notice was accompanied by reports that were to be considered at those meetings including IDP, tarrifs and DBSA loan.

Councillors were duly advised that the reports scheduled for consideration at those meetings would be delivered to them to ensure adherence to council timelines. This process was adhered to as planned.

The Government of Local Unity is committed to ensuring that the public’s constitutional right to participate in the running of government through IDP consultations is protected at all times as required by legislation.

In due course,Cllr Molwele will communicate information on the resumption of the IDP consultation meetings as soon there is certainty on the normal resumption of business, as guided by the regulations.

Information regarding IDP consultation meetings will also be communicated through newspapers, community radio stations, social media networks and other suitable forms. Cllr Molwele urges residents to ignore all unauthorised communiqué sent out with their utility bills. 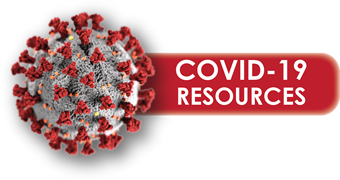